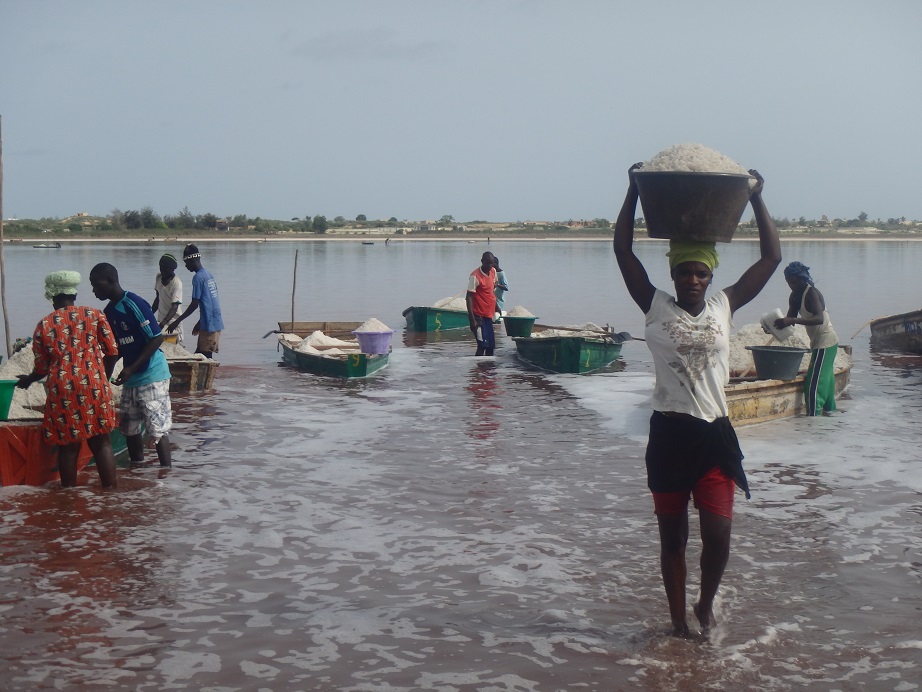 First heard about this Le Lac Rose or The Pink Lake in a 10H flight from Dubai to Dakar. The Flight Attendants of Emirates Airlines are gushing about this one of a kind tourist destination found somewhere in Senegal.

I googled this Pink Lake in Dakar and yes it is really pink. This is because of an algae which produces this pinkish pigment for easier absorption of sunlight. It is more pink during the dry season from November to June. The lake has a high concentration of salt so like the Dead Sea, you can just float in here. And it produces salt for Senegal and other neighboring countries.

I planned of visiting for my short stay in Senegal while waiting for my visa to Burkina Faso to be approved but dismissed the idea immediately because I came here for work and not be a tourist. JK.

Came my first field break in Senegal, I was joined by my batch-mate Ray. We don’t get to go out very often so we decided to go. We were accompanied by our Senegalese friend/driver Hussein. Not Sadam.

The travel time from Dakar Center to the Pink Lake is almost an hour. It’s June so it’s hot but bearable. Our main purpose is to ride the ATV (25000 CFA or 40 USD) around the lake and its surrounding villages. The trail is approximately 1.5 hours. There’s also a desert like terrain on the way to the Atlantic Ocean. There are just a few beach-goers so the place is still serene and you can just relax in its white powdery sand. One can also go boating in the lake. The boat rental is 10000 FCFA (17 USD).

There are also nearby restaurants around the lake so you can marvel the beauty of the lake while eating.

So if you’re looking for a change in scenery, the Pink Lake will be waiting for you.

Mike is a Global Service Engineer in training for a giant Mining and Heavy Equipment manufacturer from Japan. A coffee and tea addict who loves books and movies. A Potterhead, LOTR fan, and a secret Jedi. Currently in Japan. View all posts by thegeekmechanic