Well not really because I believe what I have doesn’t need any fixing. Also, why fix if it’s not broken in the first place. Okay. I’m lost with that train of thought.

Five months ago, I got the chance to attend a Coldplay concert in Taiwan. Why did I end up in Taiwan you may ask? Welcome to this roller coaster ride to Taiwan. Actually I took a plane and numerous train rides. Why am I explaining myself? It’s supposed to be a joke. Well this ruined it.

It all started around the second week of November last year. Coldplay Asian leg was announced. Around that time, I’m also doing a Goals video for my youtube channel. I’m turning 25 that December so I decided to do like a Bucket List and included is to watch a concert for the first time. If you’ll watch the video, I even mentioned Coldplay without knowing there would be an Asian leg. So fast forward to the announcement, my eagerness to catch the concert is all time high. I told to myself that I really need to watch the concert no matter what.

Included in the concert locations were Singapore, Manila, Taipei, Tokyo, Seoul, and Bangkok. My first choice was Singapore but failed. Also tried Manila, failed. I even tried Tokyo but failed miserably too. So when they opened the additional date for Taipei, I grabbed the chance immediately and finally got hold of a ticket. I bought the most expensive ticket at around 12000 pesos. It’s cheaper compared to the Manila ticket which costs 23000 pesos. Though if we take into account my airfare, food and accommodation, I spent more in my Taipei trip for sure.

I dedicated a week for my Taipei trip with no clear itinerary prepared. It was silly but I’m too excited for the concert to enjoy other things. Take note that I arrived in Taipei five days earlier before the concert. I planned on staying in. Just to recharge because prior my trip to Taipei is a three-week non-stop travel to Visayas, Malaysia and Singapore. So I’m pretty drained that time. And I need all the energy in the world for the concert. 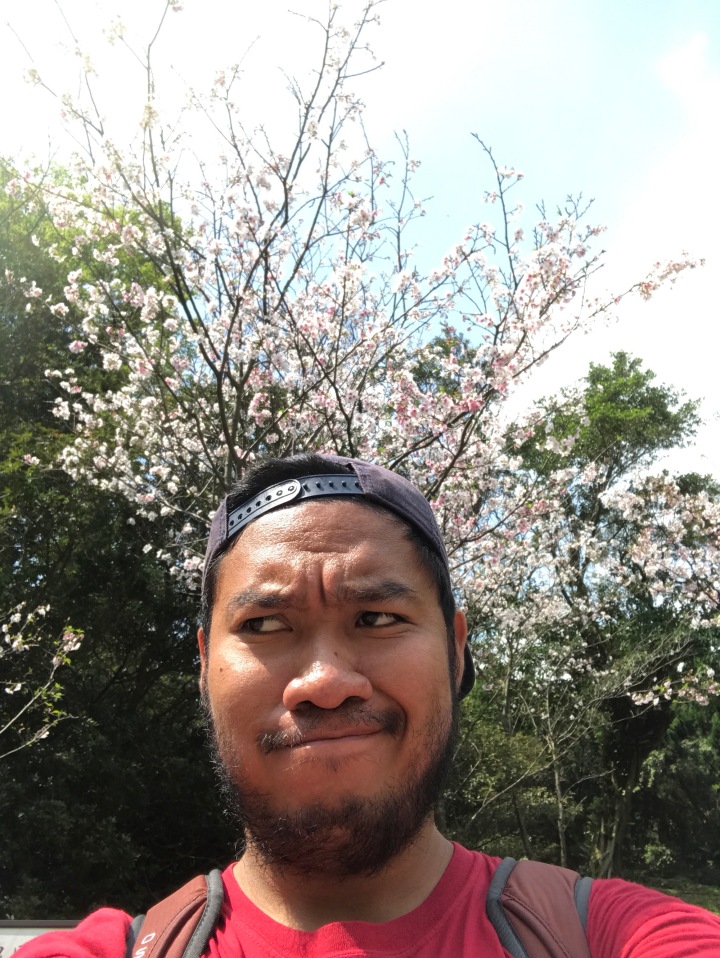 But my friend Fiona served as my travel agent. She administered all my stops during the trip. Some of the places I visited are the Chang Khai Shek Memorial Hall, National Park, and several Night Markets. This made possible with the all-day pass for trains and buses that I got for an affordable price. 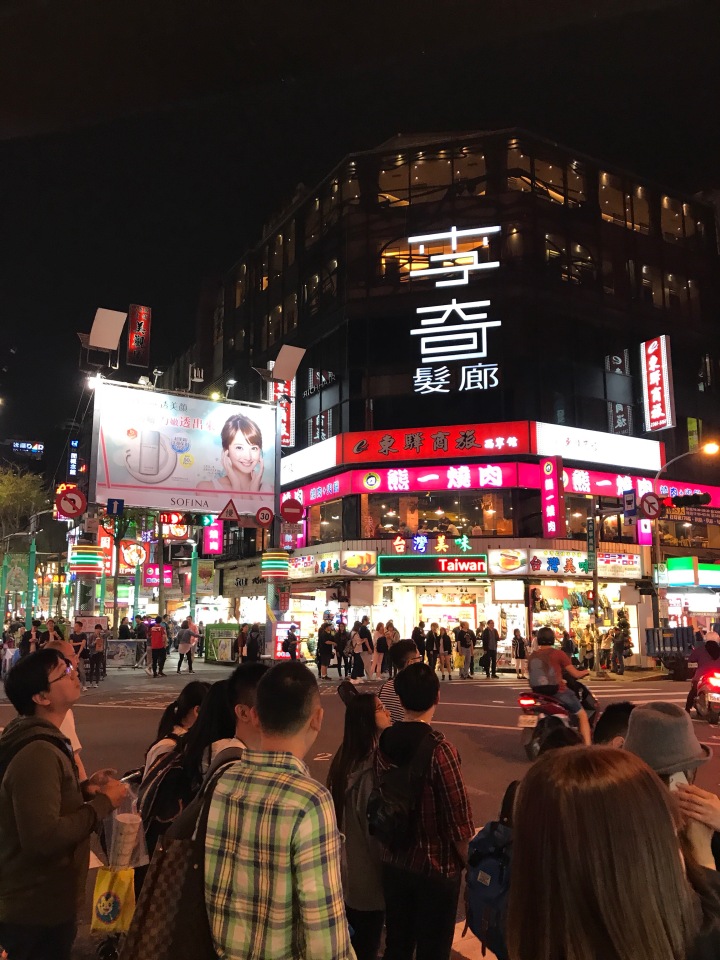 Fast track to the day before the concert. I transferred into a hotel near the concert venue. That’s what I thought but my hotel is still far. A taxi ride from the venue.  So, I arrived at the train station and checked the venue immediately. My heart pumping uncontrollably. I was so excited.

Later that day, checked-in to the hotel and bought some foods from an interesting restaurant I came across during my hunt for McDonalds. Ate my dinner, practiced some Coldplay songs and proceeded to sleep just like that. 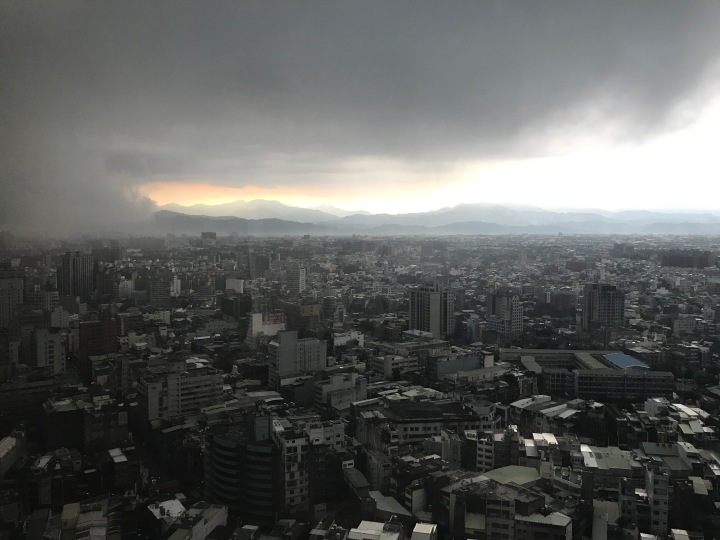 At the day of the concert, it was very dark. Around 8AM, it started to rain. I was worried. Maybe they’d cancel the concert because of the open venue. But at noon, the rain turned to just drizzle. So I decided to collect my tickets already. I even met some Pinoys during the queue for the tickets. 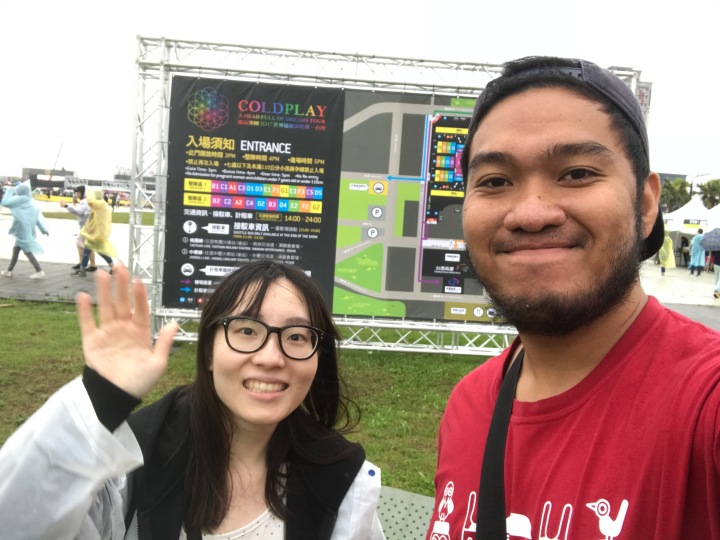 After collecting my ticket and buying some merch, I returned to the train station to have my lunch. Gates opens at 5PM so I decided to get in line at 4PM.

The show started at around 7PM with Jess Kent as the Opening Act. Immediately after, Coldplay dominated the stage. 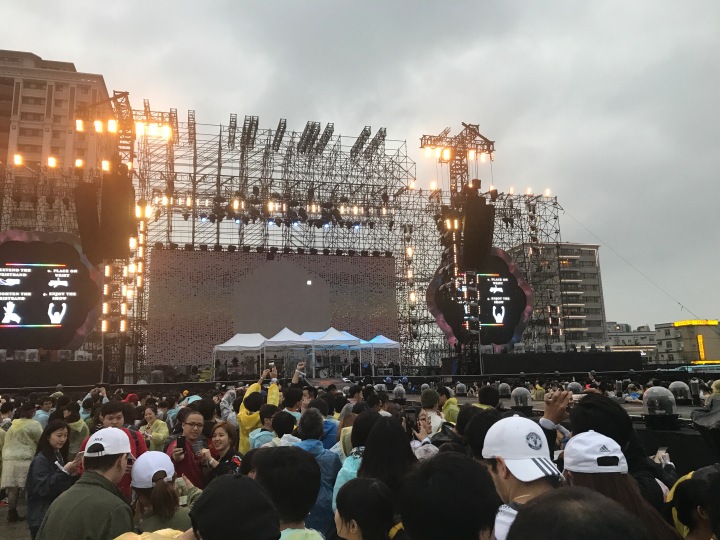 The concert lasted for about two hours. Two hours of non -stop dancing, singing. Two hours of happiness. I just can’t believe it at first. I was there. Dancing to some of my favorite tunes together with my new found friends. The night coudn’t be better. And then it started to rain. No problem. We were ready. I have my raincoat on already and the rain added some drama to the show. I was very happy that time. Yes. The highlight of my 2017 right there. 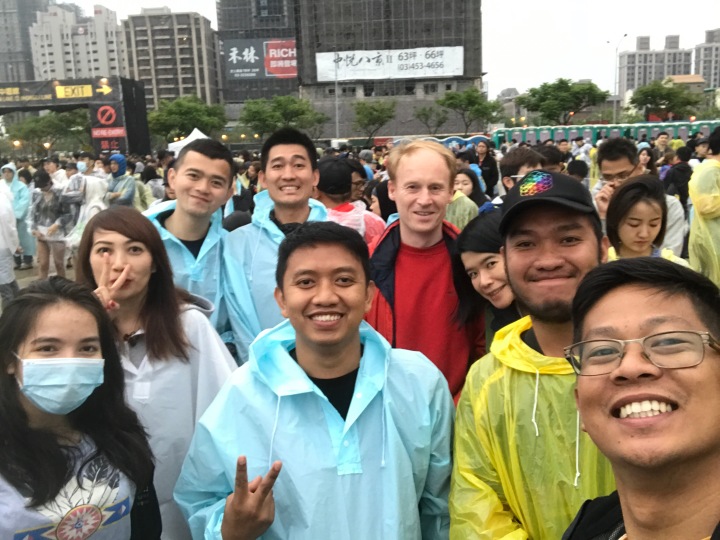 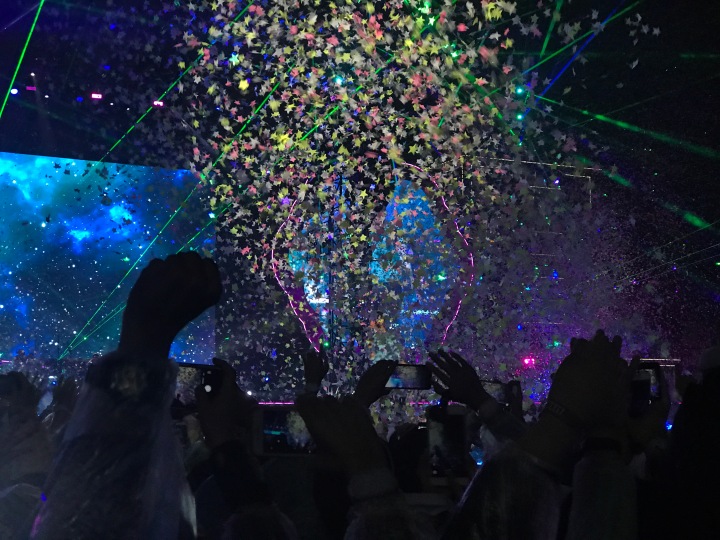 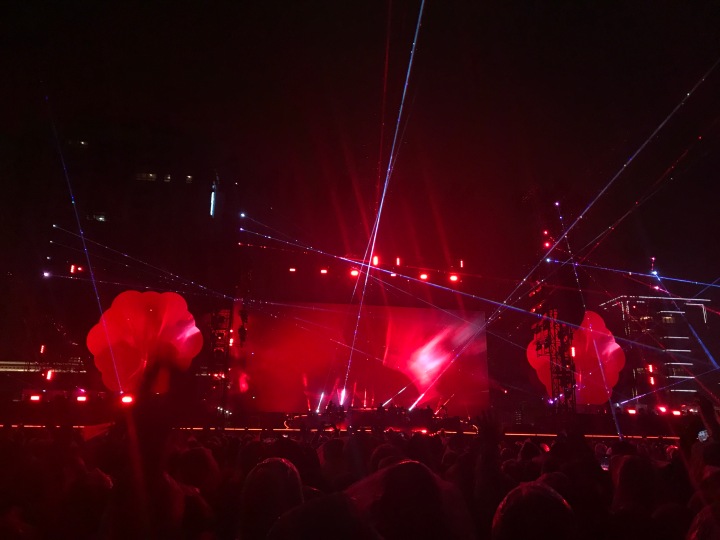 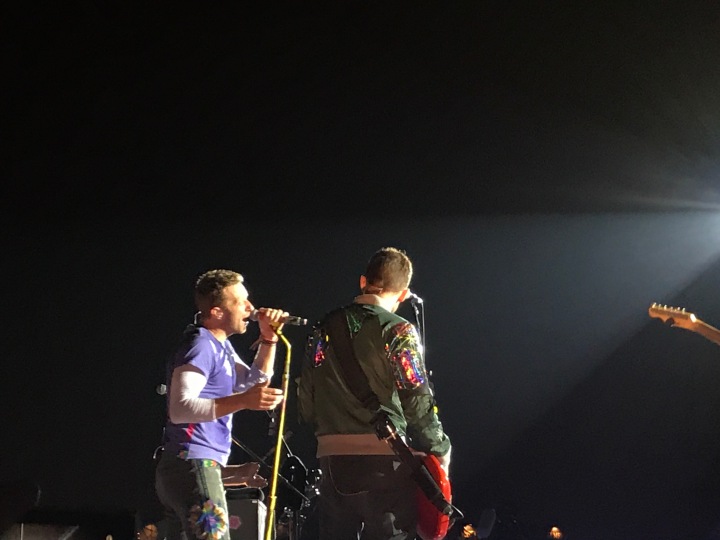 After the concert, it took me a couple of hours to get a taxi back to my hotel. It was a cold night. 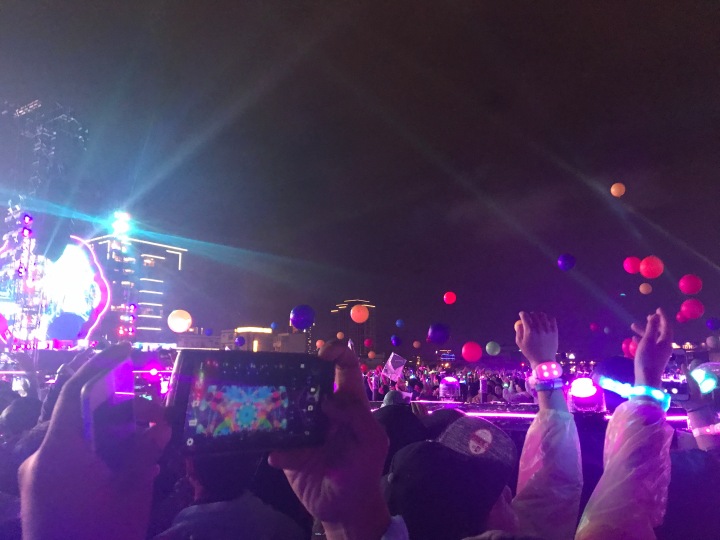 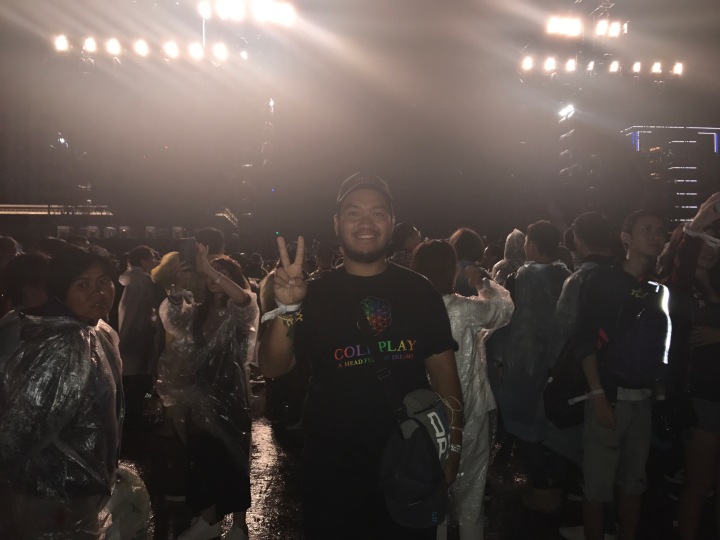 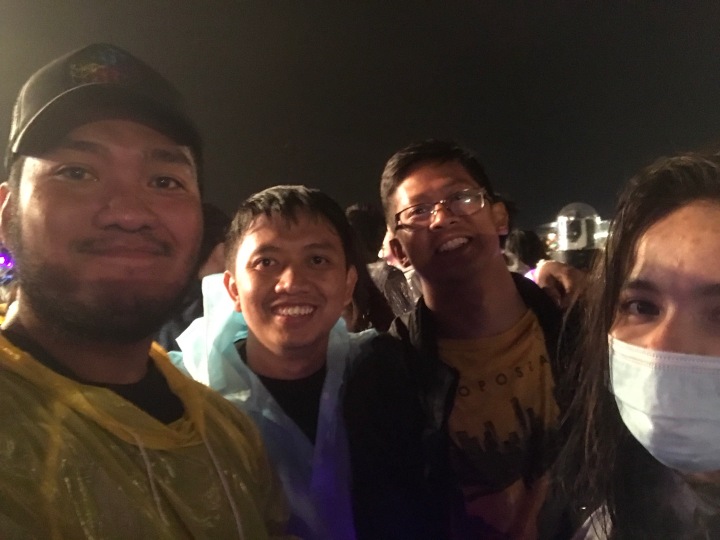 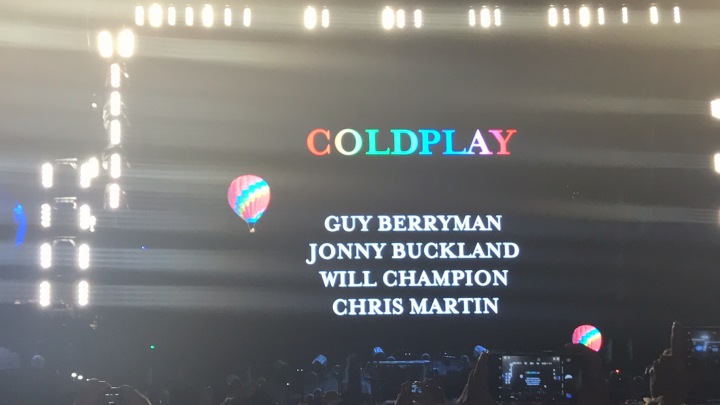 At the hotel, I can hear the other guests singing Coldplay songs. I felt the warmth suddenly. I grabbed my phone and watched some of the videos I took during the concert. I couldn’t contain myself. I was sobbing. Tears of joy maybe?

The next day, I checked out of the hotel and headed to the airport. BTW, I got sick that day becaus of the rain maybe. But I don’t care. I enjoyed the concert and that’s the only thing that matters.

To see more of my Taipei trip through my vlog, please click here.